I recently hosted The FB ADvantage Live event here in San Diego and it was one of the most rewarding experiences I’ve ever had.

30 people from all over the world came together to learn everything from sales funnel strategy to segmenting your audience to scaling your Facebook ads the right way to how to be a better CEO of your business.

People like Amy Porterfield, Pat Flynn, James Wedmore and others spoke, and there was one theme that kept coming up all weekend…

I love ‘em as they’re one of the most powerful ad types on Facebook right now. And, all signs point to them only becoming MORE powerful as we head into the second half of 2016.

Facebook’s got a big time focus on video right now (they actually have for a while now) and we’re seeing A LOT of innovation with it — tried Facebook Live yet?

So much so that over 100 million hours of video are being consumed on Facebook every day right now. Yep, that’s daily.

What does all this mean?

If you’re not testing video ads in your Facebook campaigns, you’re missing a huge opportunity.

During a recent episode on The Art of Paid Traffic, I shared how I use Facebook video ads to provide valuable content and get in front of higher quality leads.

…if you’re not implementing video ads as a part of your Facebook marketing strategy, you’re missing out big time.

Here are 10 reasons why you need to be testing Facebook video ads:

1. Facebook has 1.6 million users, over a billion of which are active every day.

And as I mentioned above, they’re watching 100 million hours of video every single day. With these kinds of numbers, suffice it to say your customers ARE on Facebook and they are watching a lot of video.

2. Video is a primary focus for Facebook right now, which means their algorithm places more emphasis on video in the News Feed. If you deliver your message via video, it will reach more people.

3. Users tend to engage with video in a big way BUT you gotta catch their attention first.

Since video comes into the News Feed auto-playing and muted, you need to catch your target audience’s attention visually — like with captions, hand motions or something else that’s eye catching.

According to Facebook, captioned video ads increase video view time by an average of 12%. And now, which is super cool, when you’re setting up your video ads in Power Editor, Facebook gives you an option that allows you to caption your video (all done by Facebook!).

4. Teaching a tip, trick or short concept in your video is an easy way to lead with value before your call-to-action. Targeted, helpful content will increase your conversion rates and boost your ROI.

5. Video allows you to connect with your target customers in a way you can’t with regular Facebook image ads. They get to see and hear you which starts the know, like and trust factor more quickly than with an image ad.

Split test video ads against your image ads to see which performs better.

6. A few simple tweaks to your video will attract super-qualified leads and help you optimize your funnel. For example, if you lead with valuable and relevant content, viewers who watch longer will likely be more qualified leads.

7. You can film HD video with your smartphone. And you know those earbuds that come with it inside the box? Those work just as well as a lot of mics. So, say goodbye to equipment-related excuses for not doing more video.

8. With cool new retargeting options like video engagement targeting, it’s a whole lot easier to move people along your sales funnels. You can retarget based on average time viewed so you deliver the exact content people still need to see. #lovethis

9. I’m all about leverage. Repurpose your Facebook Live video broadcasts so that once you’ve done a FB Live video, you can convert the video into an ad and add your CTA. Talk about simple and effective.

10. Even if you’re not a fan of the camera, you can still run video ads that are primarily slides or other interesting visuals with a voiceover.

Don’t know what to say? Use my script that’s included in the downloadable PDF Cheat Sheets below. 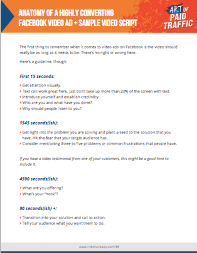 Are you using Facebook video ads in your strategy yet? If so, what kind of results are you seeing? If not, why not? Share in the Comments below.
#89: How to Create a Killer Facebook Ads Management Business with Kerry Swetmon »
see next episode >
« #88: How to Double Your ROI With Facebook Video Ads
< see previous episode

How to Create KPIs for Your VA

How Online Businesses Can Win During a Recession, with Jacquette Timmons

You DON’T Need Social Media to Grow Your Business

How Listening to Your Body Can Actually Help You Scale Your Business, with Susi Hately 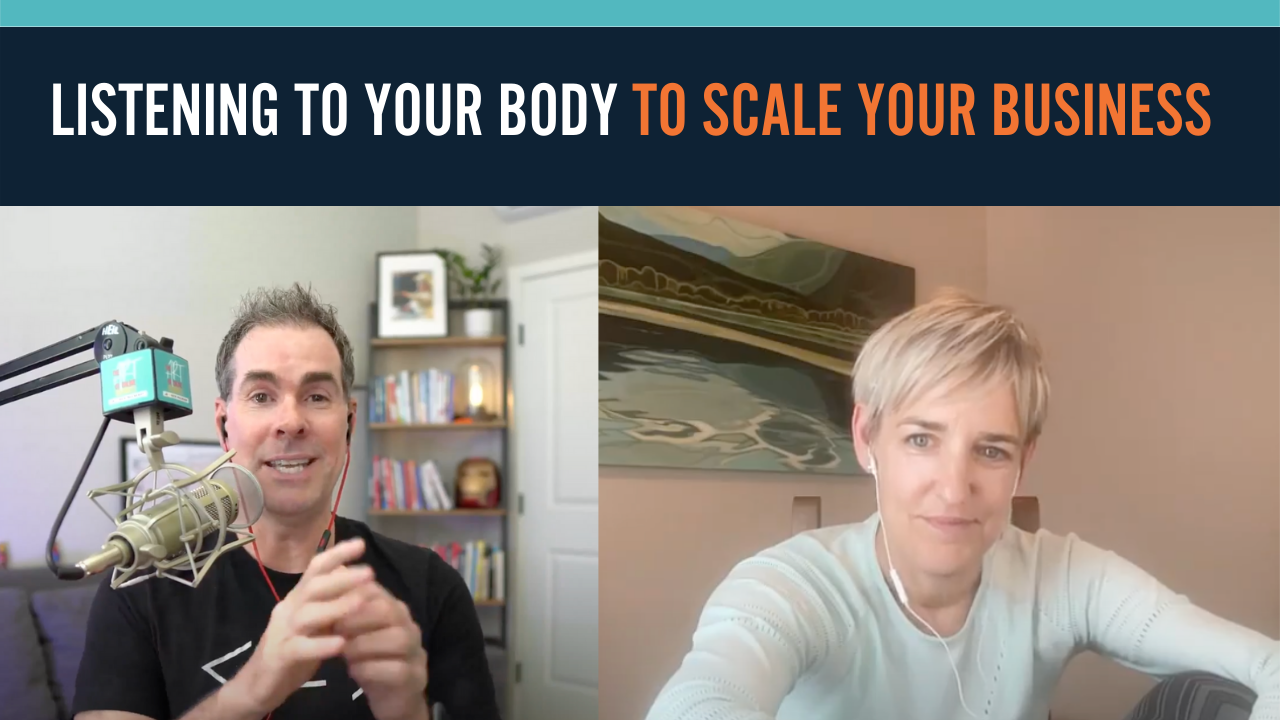