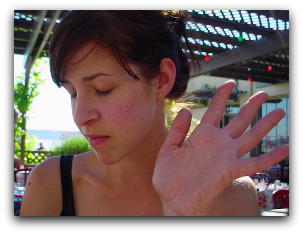 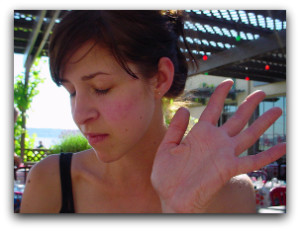 “I’m so overwhelmed with social media, I hate that I have to spend so much time on it every day in order to grow my business.”

“Damn, do I ever dread using Twitter.  I just don’t get it but everyone’s on there so I guess I have to be too.  Ugh!”

You’re not alone if it does.  So many small business owners have these same thoughts all the time.  And it drives them b-o-n-k-e-r-s.

In fact, I just had this exact conversation with an entrepreneur buddy of mine this week.

He’s incorporated some social media into helping his goal of growing his email list.  Some of his efforts are crushing it and others he absolutely hates, which was made quite apparent from all the f-bombs he was dropping.

So what did I tell him to do that left a huge smile on his face and re-energized to change up his social media strategy?

I told him to be a social media snob.  That’s right, be a snob about social!

And I want you to be a snob too.

After all, we don’t have the time to be wasting on social media efforts that don’t bring us results, that don’t grow our business.

If you’re having your own struggle and frustrations with social media overwhelm, that changes today.

Once you’re done the video, let me know in the Comments below if you struggle with social media overwhelm.

Thanks for reading and watching, you rock!

P.S.  Check out just before the end of the video where I give a few more details about the project I’m working on that I’ve codenamed the “SM20 Project”.  I’ve never seen anything like it and I’m REALLY excited about it.  Boom!

Get your tools today!